The museum is temporarily closed due to current corona situation. More information regarding the closing. 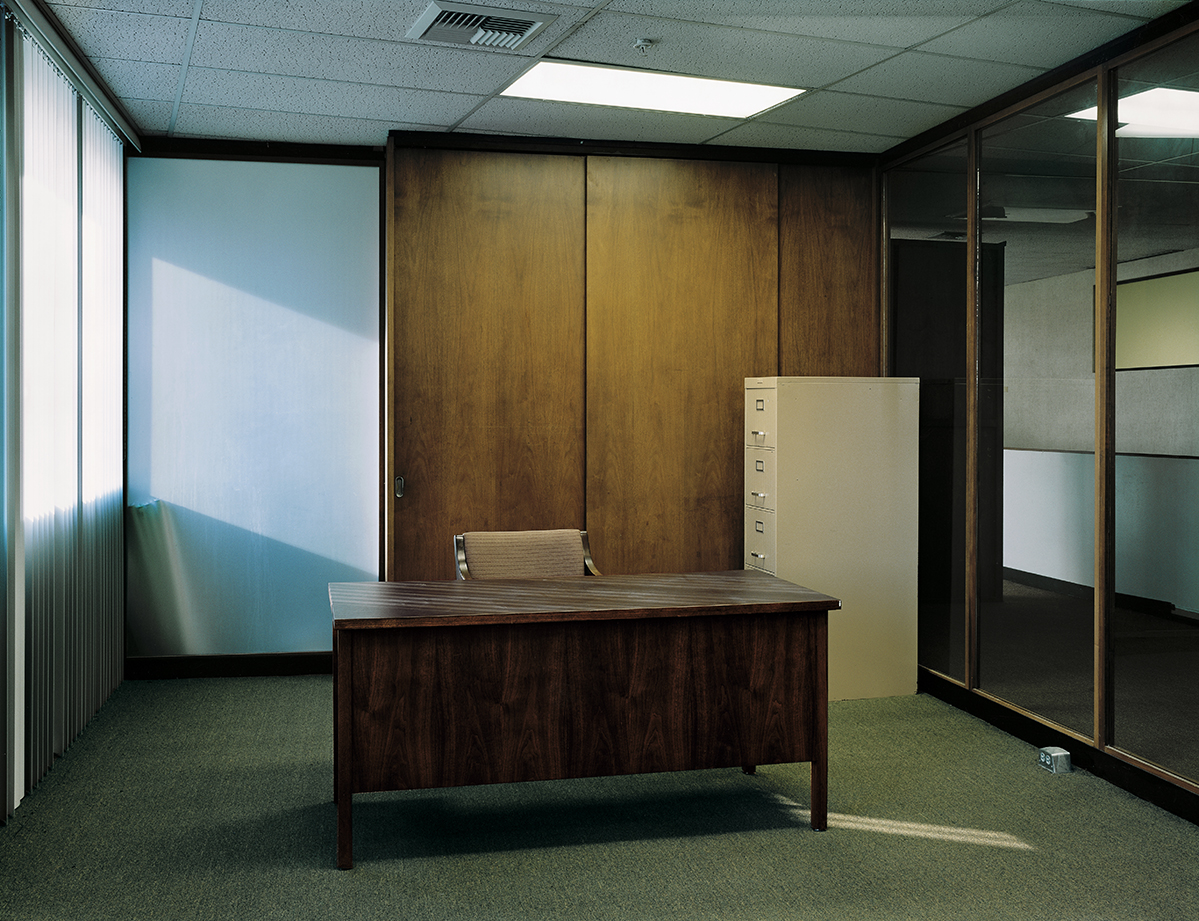 Lars Tunbjörk had intended to publish L.A. Office (2004) as a book. The series portrays deserted office settings in a building complex in Los Angeles. Unlike his other familiar pictures from offices bustling with activities and human presence, L.A. Office is characterised by the lack thereof. Only the furniture remains, and typical office attributes such as computers, equipment, photocopying paper and coffee mugs are conspicuously absent. No writing or information is posted on the notice board, all evidence is erased.

The pictures allow us to imagine what activities went on here, what cases were dealt with, and who worked here. Will business pick up again, or will the building be demolished? What are the reasons for closing down and leaving the office to its fate? The photographs suggest comparisons and parallels to the current situation in the world, where offices are deserted in the wake of the global social crisis caused by the corona virus and the covid-19 pandemic.

Yet again, Tunbjörk provides a visual treasure portraying timeless and constantly current affairs in society, inviting us to contemplate social, political and existential issues. The series also reveals another side of Tunbjörk’s perception, his interest in shapes, lines and angles, which give the images a veritably graphic quality.

Lars Tunbjörk passed away before the book could be published, and the photographs have rarely been shown to the public. Thanks to this exhibition, the book can finally be published in collaboration with MACK förlag, Gunlab/Greger Ulf Nilson, Italgraf/Tomas Ek, Linjepunkt Repro AB/Kenneth Lindgren, the Lars Tunbjörk Foundation and the Borås Art Museum.