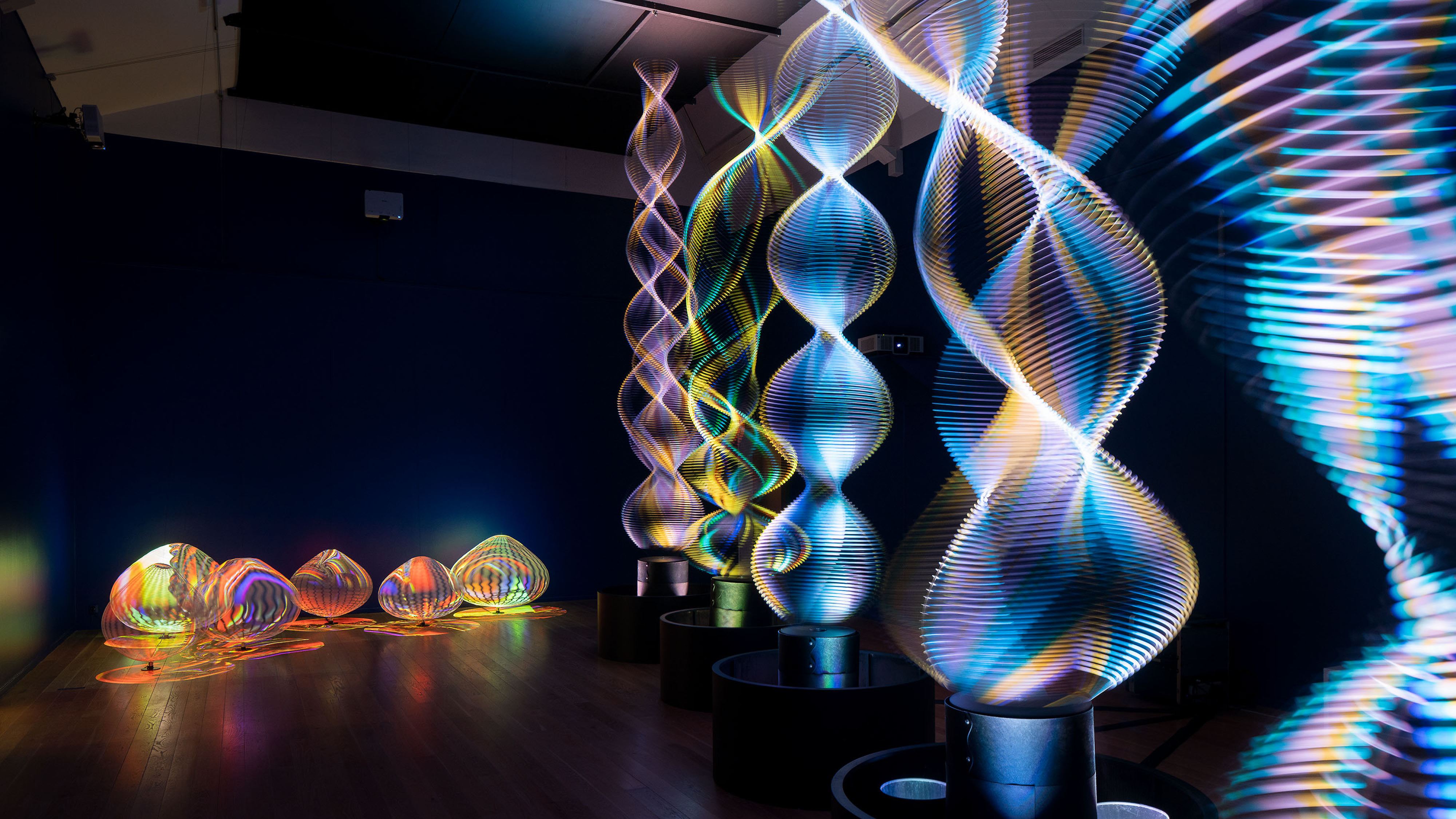 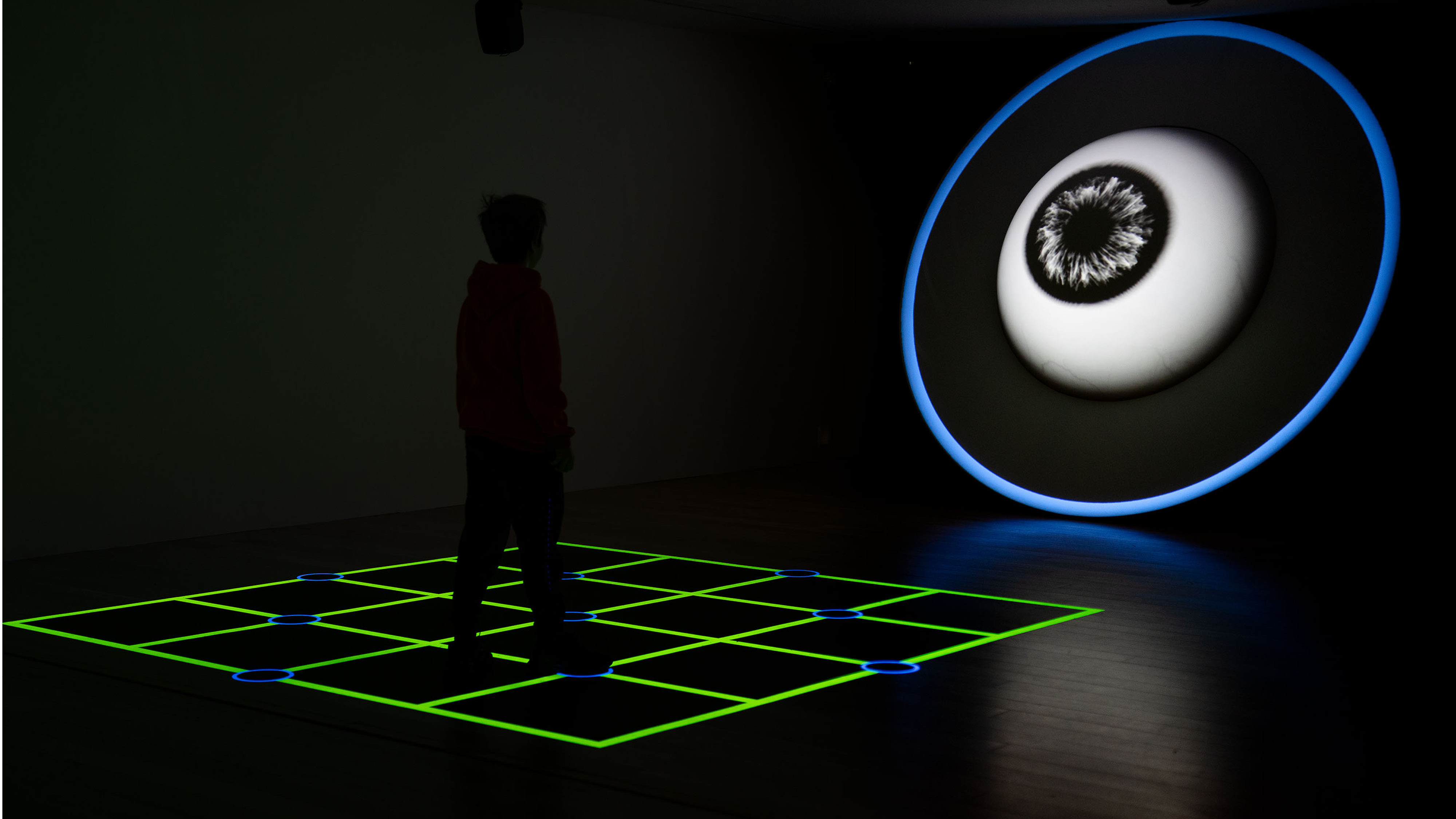 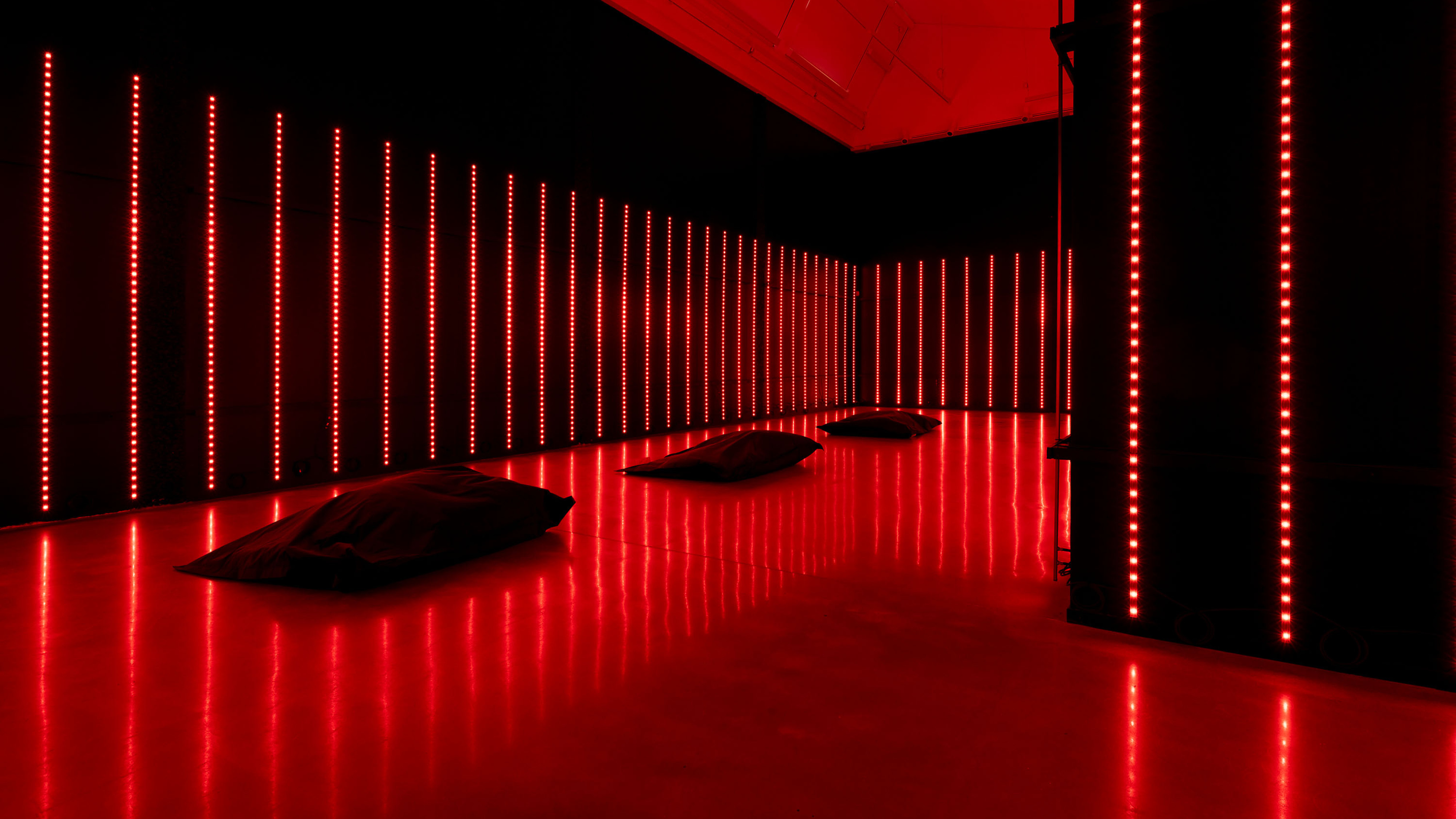 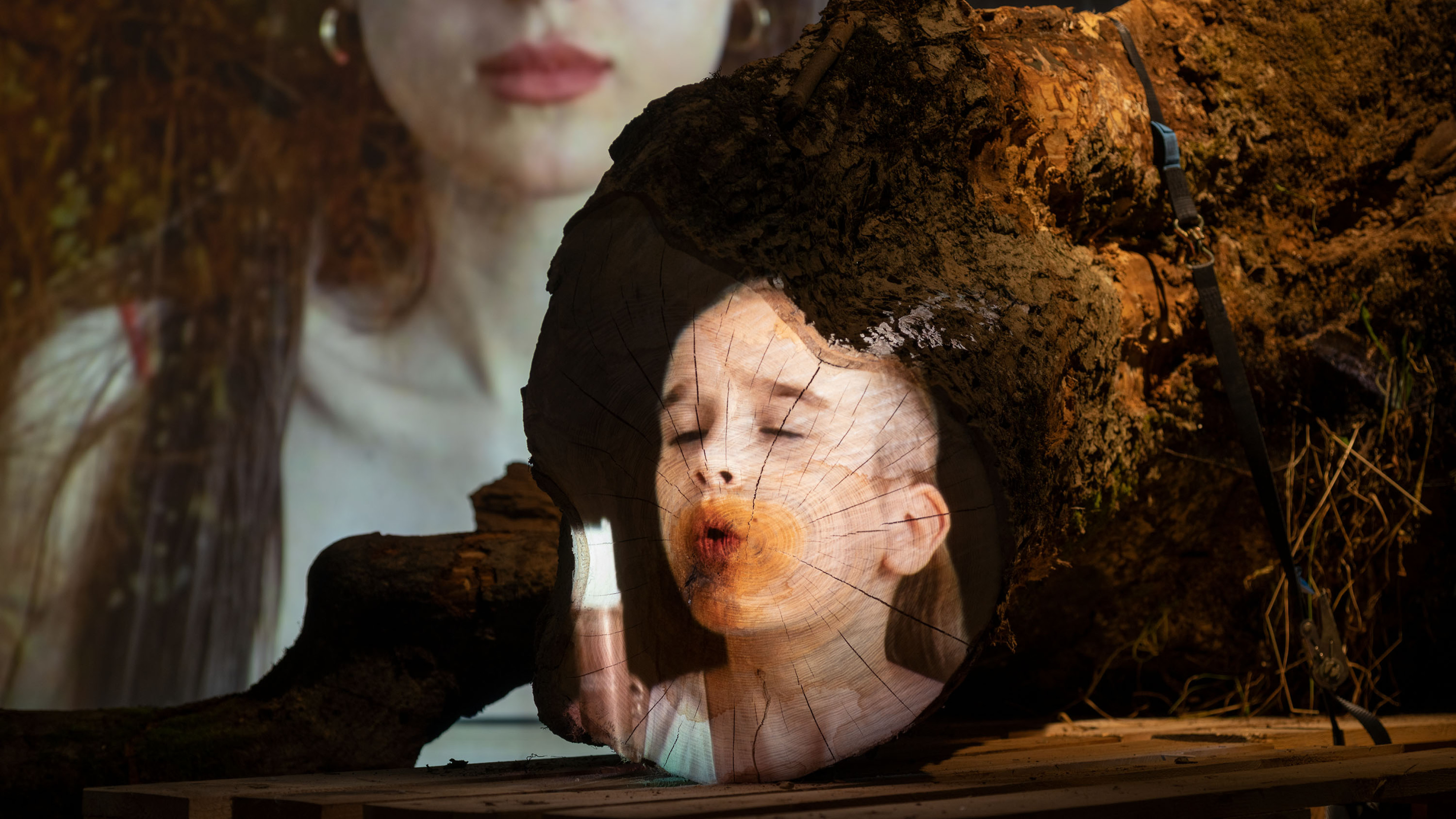 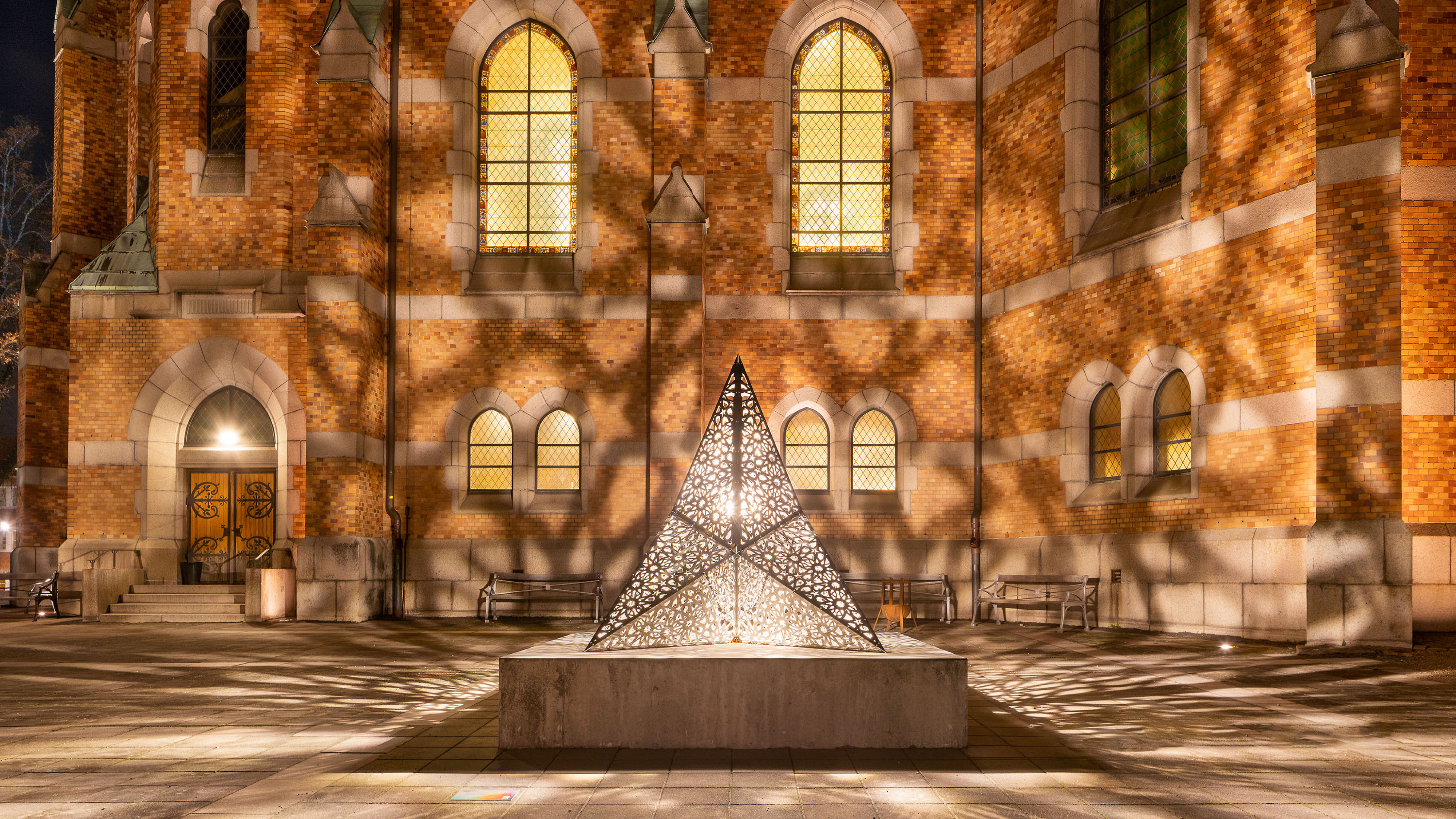 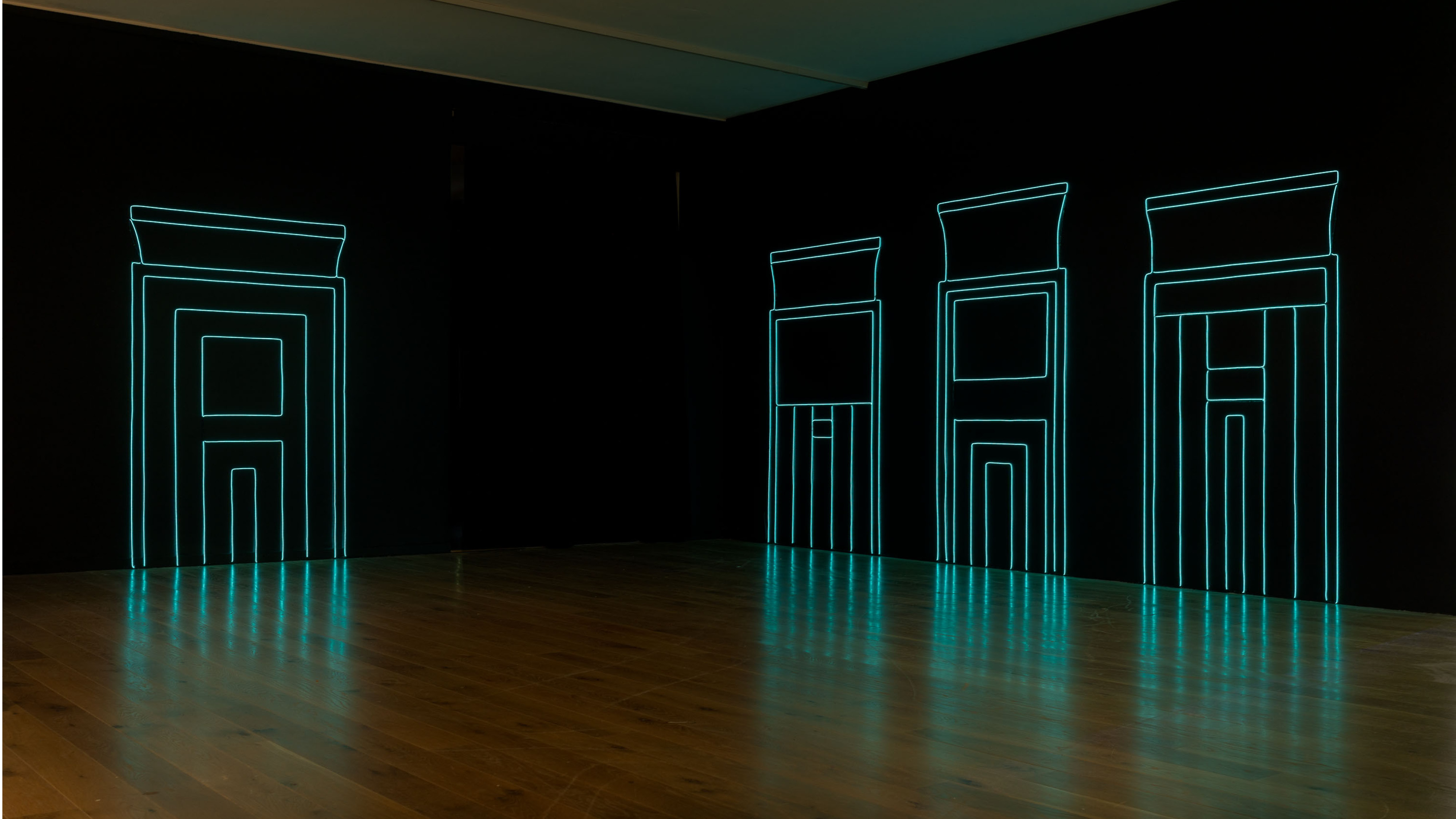 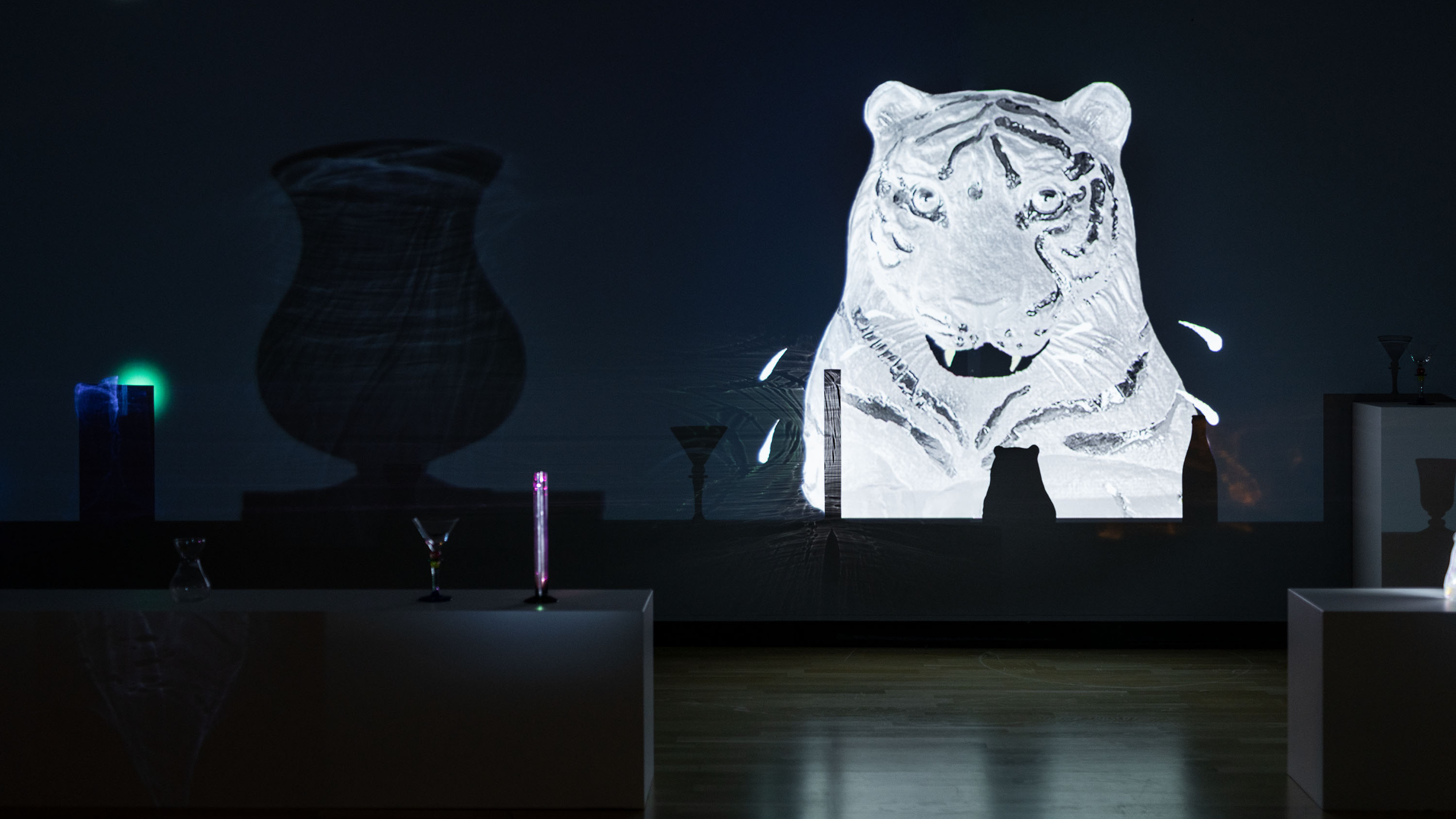 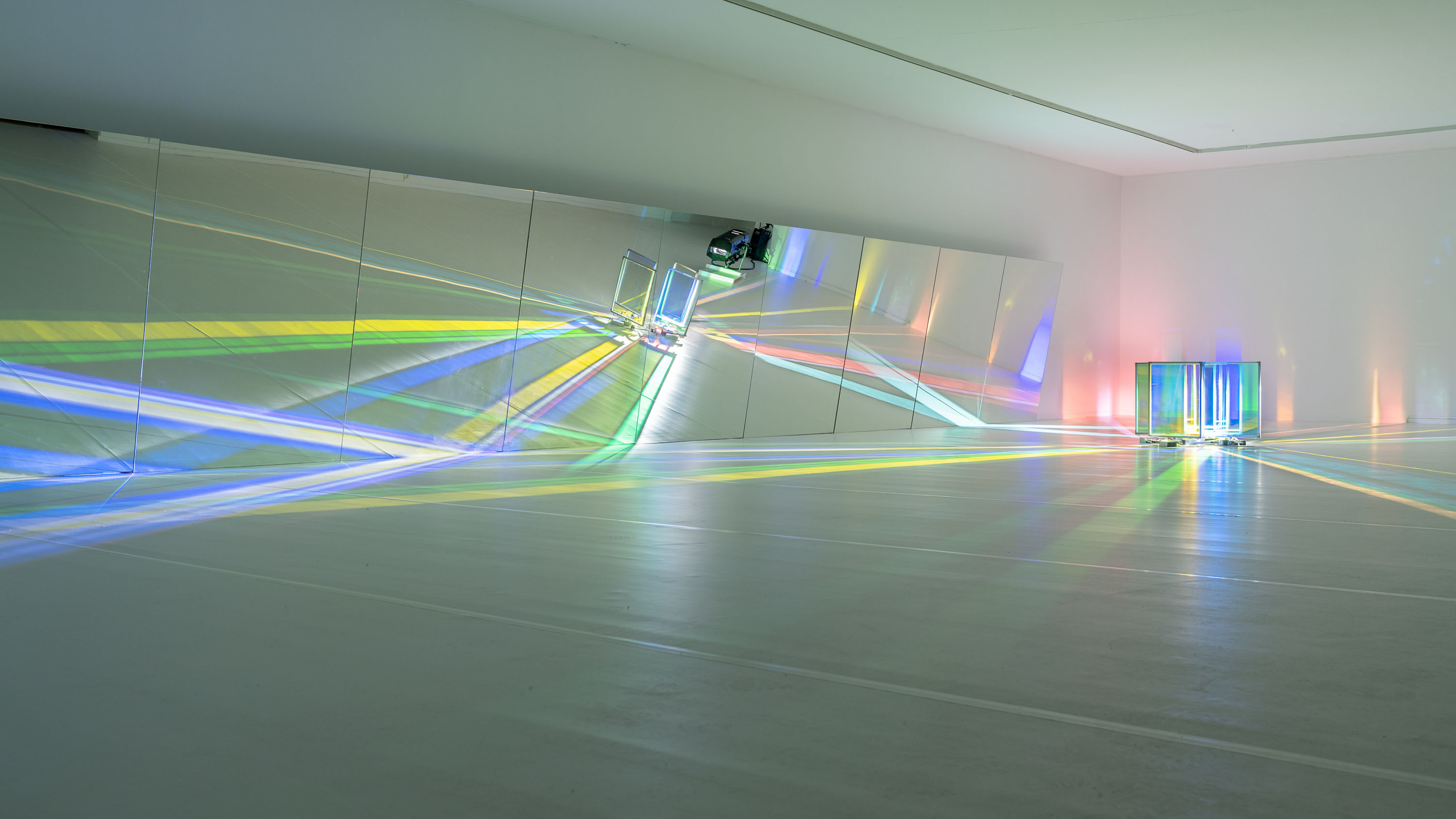 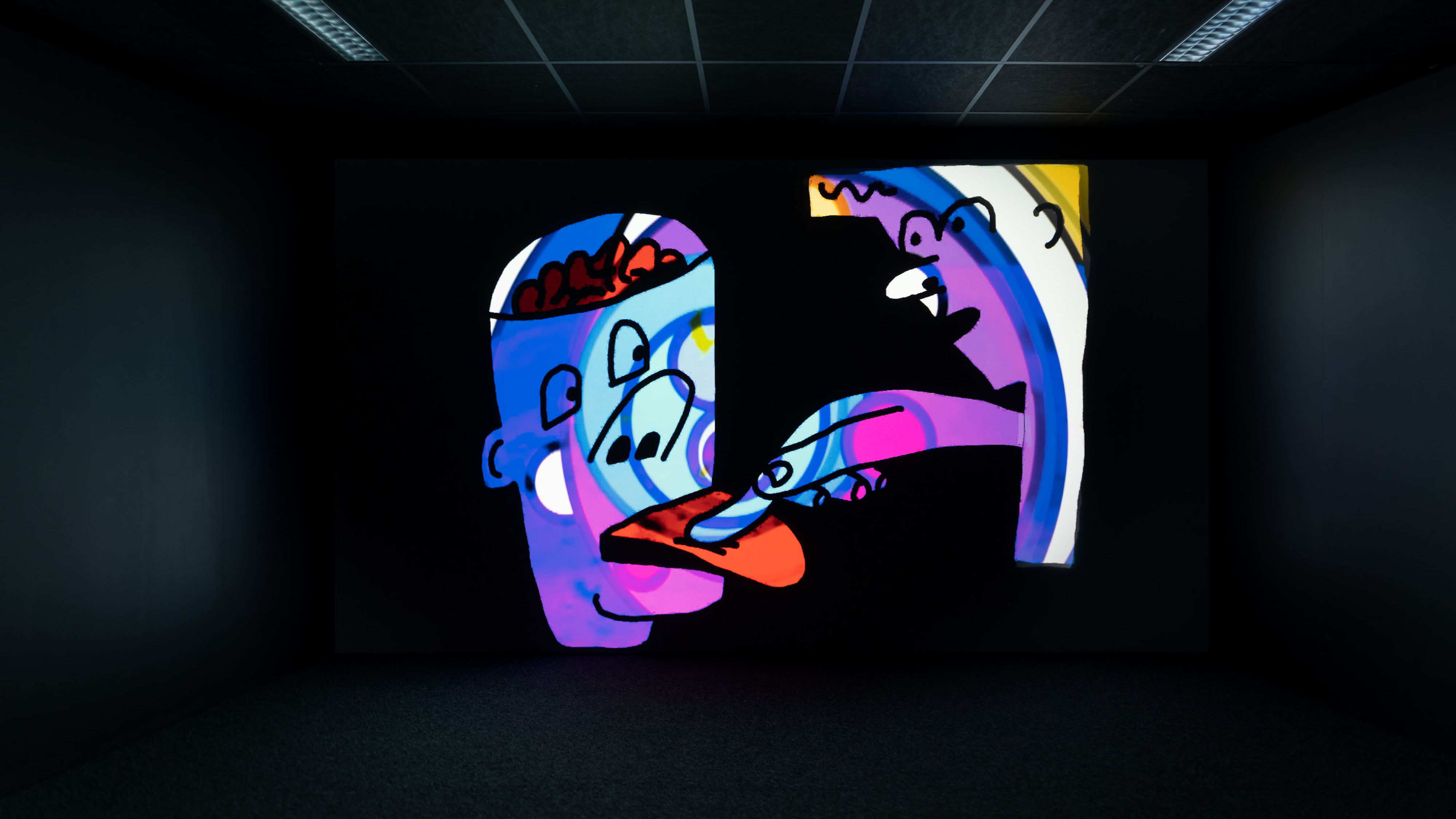 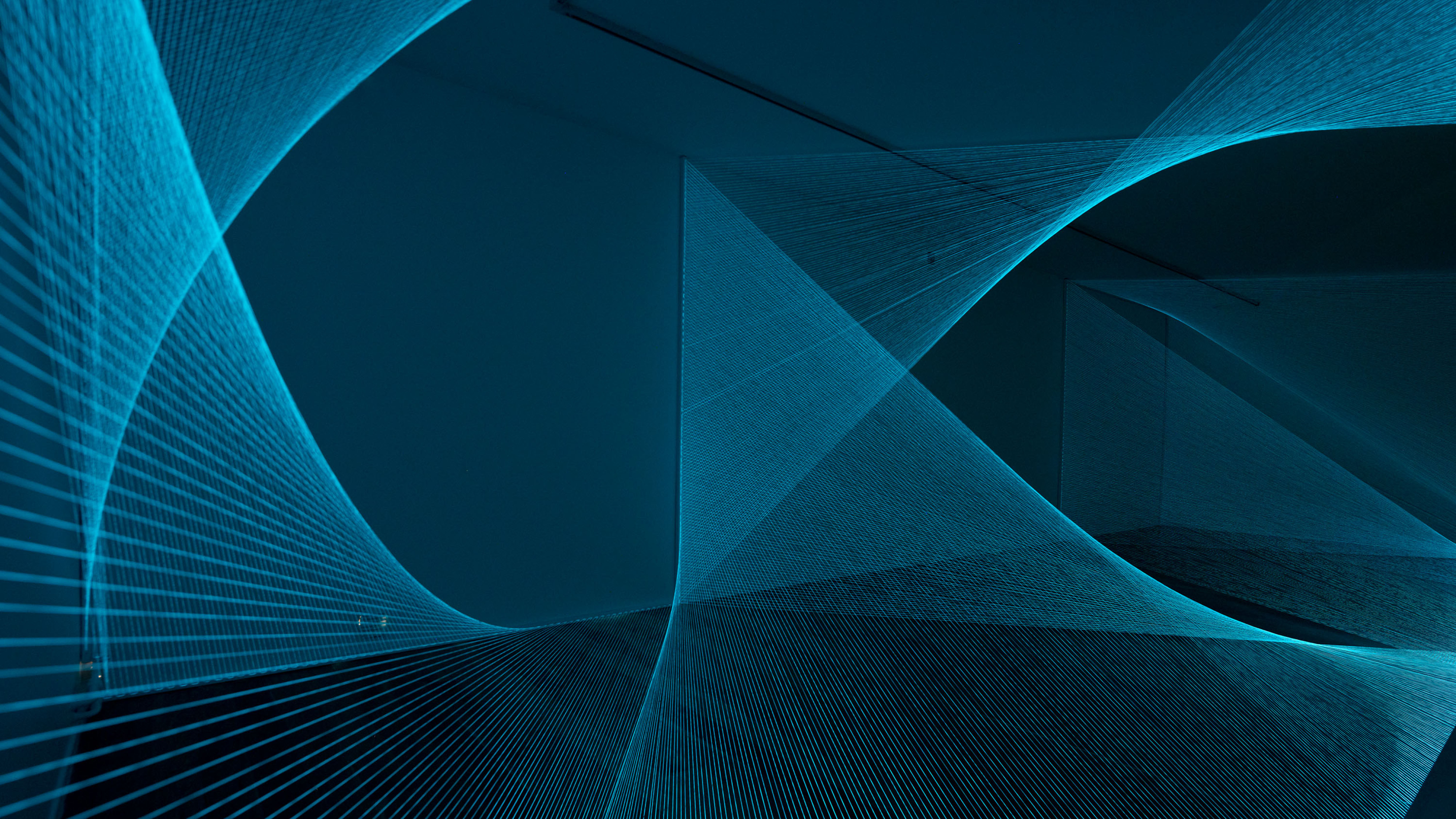 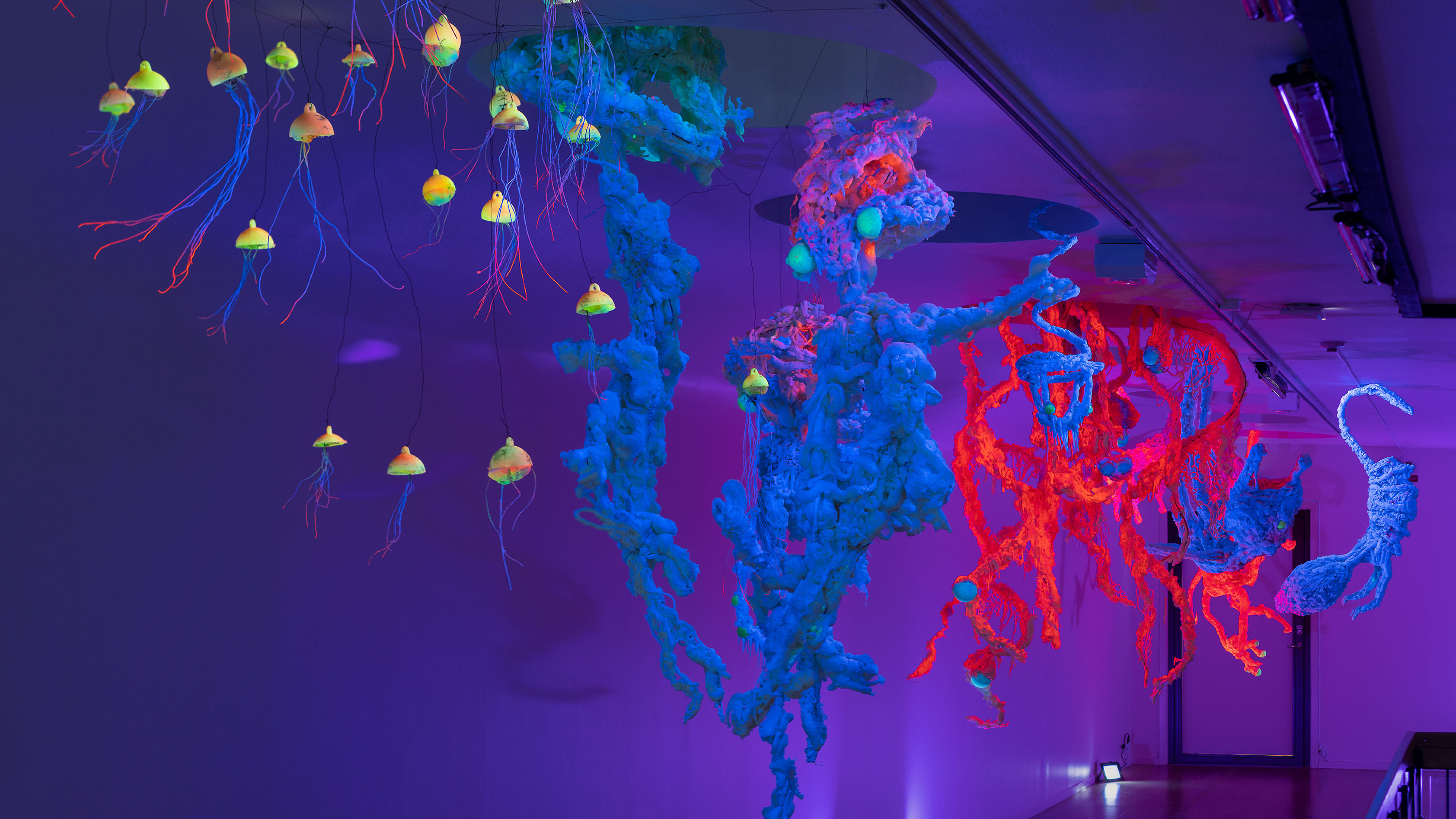 Borås Art Museum explores light- and projection-based art in a major exhibition at the Museum and in the urban public space. Through visual and audio-visual media, artists examine our perception of the world, philosophical notions and natural phenomena. This exhibition reflects on subjects that are pertinent to global contemporary issues concerning the environment and current events in society and politics.

A theme that appears in several works is the intention to capture scientific phenomena such as recreating how light interacts with surfaces, essences and materials. This can involve renderings of space, chemical compounds, optical elements, or how light reacts when it meets water. Sound, light, darkness, patterns, colours and shapes are all significant components that have a profound effect on our perception of reality. Complex phenomena such as light and darkness, order and chaos, life and death, science and magic are opposite sides of the same coin and give food for thought about our perception of reality.

The universal nature of light as a definer of space, rhythm, time and movement, its symbolic meanings and crucial role connects us across cultures and generations. The works are on different scales and oscillate between micro and macro perspectives, associating to and embodying infinity or parts of the individual human body. Expressions of both biological and sociological aspects are represented. Other works highlight human relations and structures, such as the ever-vigilant eye of authority, metaphors for flight and migration, and children’s poetic words about the future, heroes, and what light and darkness mean to them.

In addition to its activities as a museum, Borås Art Museum is responsible for public art in the city and its art biennial. Initiatives have been launched to make urban public spaces more attractive during the dark part of the year through major investments in public art. The Museum’s programme for moving images also involves light as a medium and technically advanced installations in an experimental and sensory exhibition where we can immerse ourselves momentarily.

NOTE: The outdoor part of this exhibition has now ended. The exhibition continues indoors, at the Museum, until February 26.

In collaboration with Island of Light Smögen.

Warning: Flashing lights inside the Museum